MY FAVORITE PART OF CYCLING: BEING A WOMAN 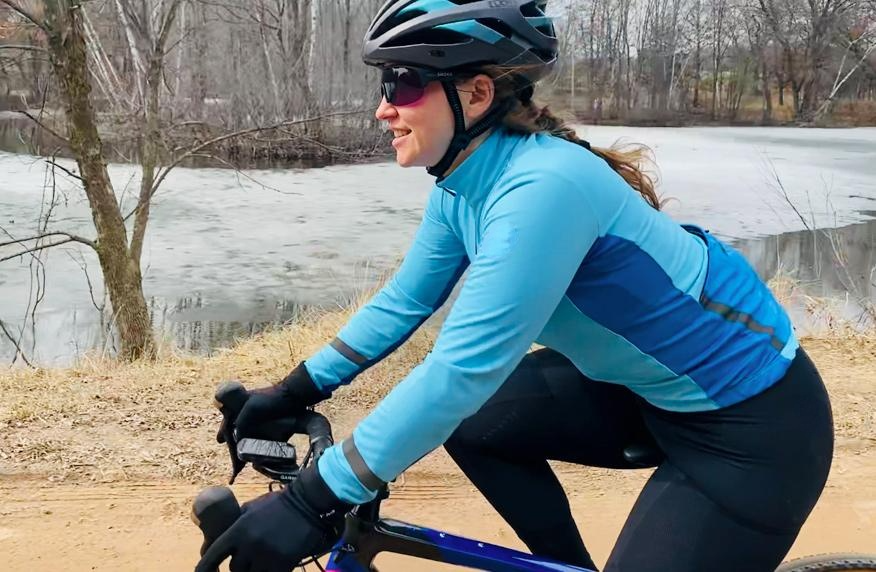 A male training partner laughed at me once when I asked him how people could ride up long mountain passes.

He emphasized that it took a little fitness and a lot of pacing. Thereafter, he launched into a litany of various mountains he had climbed with ease. I suspect he was trying to be encouraging, but it had strong airs of being dismissive, and felt quite intimidating even though couldn’t put my finger on the pinch point. (More on that later.)

Living and cycling in a town of about 65,000 means you know just about everyone. After about a year of biking consistently, other women started asking me about cycling. How did I do it?

I didn’t really think that I was doing anything. I showed up for group rides, I did a few local races, and some semi-structured training. It started to occur to me that showing up as a woman to a group ride or event meant something. Not infrequently, I was the only woman there.

Other women explained they were too intimidated, numerous reasons were cited: the distances, speed, clothing requirements (how did I go to the bathroom!?), gender composition of group rides, and just riding close to other people.

At the time, I was a practicing psychotherapist, new in my career and my speciality was women’s issues. All I could think about was creating a more equitable local community and getting more women riding. I wasn’t sure how.

I tried assisting with promoting a local women’s ride. Participation was hit or miss, ability levels varied greatly, and there was not a lot of consistency. While I could see and feel positivity, something continued to feel uncomfortable for me.

How was I still holding back? And yet, felt the need to prove myself - why?

I learned about "the rules", ostensibly a list of 95 rules to help cyclists toughen up and train hard. In reality this list is a few inside jokes, a few suggestions to be tough, and a long list of exclusionary sexist tripe not worth the paper it's printed on. One rule instructs people to “get over it” if a woman passed them. Rule 11 instructs riders to value their bike, then their car's paint job, then their wife, in that order. I was on the receiving end of gender-based comments, that sincerely, hurt my feelings. Things like, "Even the women’s cat 1/2 don’t look very fast…if I were in the woman’s sprint I would have won…all athletes should wear a size small."

Did I even want to be apart of this?

I did, I knew that I did. I wanted my work as a psychotherapist to dovetail with my passion outside of the office. I wanted to challenge my fears and keeping pedaling.

So, I did. It was simple: ride my bike, or don’t. Keep moving, or don’t. Give into the pain, or don’t. I became more and more confident. I tried riding difficult routes on my own and I’d even set PRs alone. I started to fully invest in myself as a cyclist. After about two years, I started training in the long mountain passes that once seemed so unattainable to me.

The idea of applying to be an ambassador with Loveqianyi would have been terrifying a couple of years ago. I felt afraid to buy my first kit - I finally did anyway. (Luckily, it was from Loveqianyi, and so I fell in love with it pretty quickly.) My internal dialogue changed as I grew: What else can I do? What other fears can I challenge?

I now say, my favorite part about being a cyclist is being female.

It continues to force me to show up on the hard days, push my limits, and challenge everything that I think I know about myself and being feminine.

If we want the culture of cycling to be different, we have to show up. We have to be there to acknowledge our fears and strengths, challenge both, say yes, say no, or live with uncertainty. It doesn’t matter -  we just have to be there. Show up, ride your bike. Pace yourself.

Get first access to special offers, free giveaways, and insider releases.
Thanks for subscribing
LOVEQIANYI brand. We are a genuinely original brand of outdoor sportswear & cycling equipment, with a passionate team. Our mission is to ensure high quality and win the praise of sports enthusiasts with excellent quality. As a professional sportswear & cycling wear brand, we always believe that high-quality materials can create good products and good experiences.
About Loveqianyi
Social Responsibility
Terms of Services
Shipping Info
Refund Policy and Return policy
How to Order
How to Track Order
How to use coupon code
Size Guide
Contact Us
Payment Method
Intellectual Property Rights
Privacy Policy